Developer:
the Good Evil GmbH
Based in Cologne, Germany

The Good Evil GmbH is an Indie Game Studio based in Cologne, Germany. We design and develop games to make the world a better place!

The award winning German Indie Game Studio the Good Evil GmbH is currently working on an adventure game. "Squirrel & Bear": Rascal's Escape" is a Jump & Travel Adventure. For 1-2 players on Nintendo Switch and PC. The Good Evil is also active in the field of research. In "MARLA - Masters of Malfunction", everything revolves around the improvement of error analysis skills in technical vocational training using the example of an offshore wind turbine. In cooperation with the TU Berlin a learning application for the Oculus Quest with Virtual Reality is being developed.

From the very beginning, the Good Evil has been opening up new markets and target groups with innovative approaches. This is why the studio was awarded the title of "Cultural and Creative Pilot Germany" by the Federal Ministry of Economics and Technology in 2013/2014. The Good Evil designed Germany's very first newsgame and organised Europe's first newsgame hackathon. The studio's first in-house production "Squirrel & Bär" - a mobile 2D adventure game for 3 to 9 year old children to learn English as a foreign language - has won a number of awards, including the German Developer Award "Best Children's Game" 2014, the German Children's Software Award "Tommi" 2014, and the "Comenius-EduMedia" seal for outstanding educational media, 2018.

Educational games as a sustainable focus

Since 2013, the Good Evil is specialised in the design and implementation of high-quality digital educational games and applications with content that means something to them and their customers. The focus is in close cooperation, whether through tailored workshops or complete process support, from the idea to the finished game. Educational games, sometimes also called Serious Games, Transformational Games, Games with Impact or Game Based Learning, are handmade at the Good Evil and are adapted to the respective target groups through participatory and iterative development.

From mobile to console

Starting with games for mobile devices, i.e. mobile phones and tablets, the Good Evil is now developing applications and games for the web (HTML5), desktop computers (PC/Mac), consoles (Nintendo Switch). No matter if 2D or 3D. Also new technologies are used. These include Augemented Reality or Virtual Reality - for mobile or so called Head-Mounted Displays (HMDs), like the Oculus Quest, the HTC Vive or the Microsoft HoloLens.

The studio was founded in early 2013 by Linda Kruse and Marcus Bösch. Both completed a Master of Arts in Game Development and Research at the Cologne Game Lab and joined forces after their studies. Right from the start, the focus was on developing games that make the world a better place. Linda's master's thesis served as the basis for the development of the first in-house production "Squirrel & Bear: Learning English". In 2012, it was still unimaginable that children between the ages of three and nine could learn English on mobile devices, or even that a learning game could be used in primary school classes. Today the bee savers Squirrel & Bear are familiar faces in the German-speaking markets. They laid the foundation for many more educational games for children, which the Good Evil has since successfully developed and launched.

We are the Good Evil - a sneak peak of our projects: YouTube 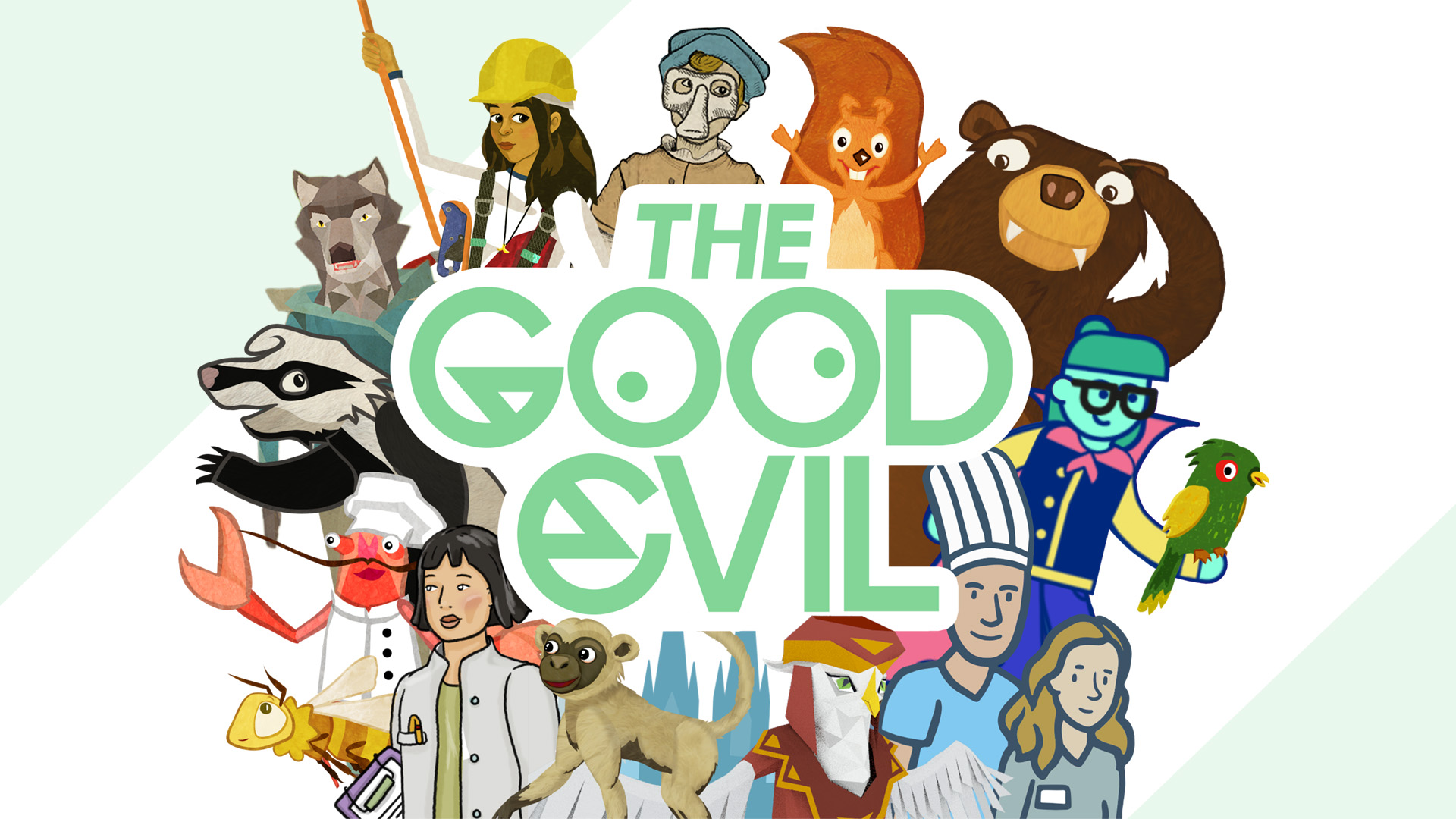 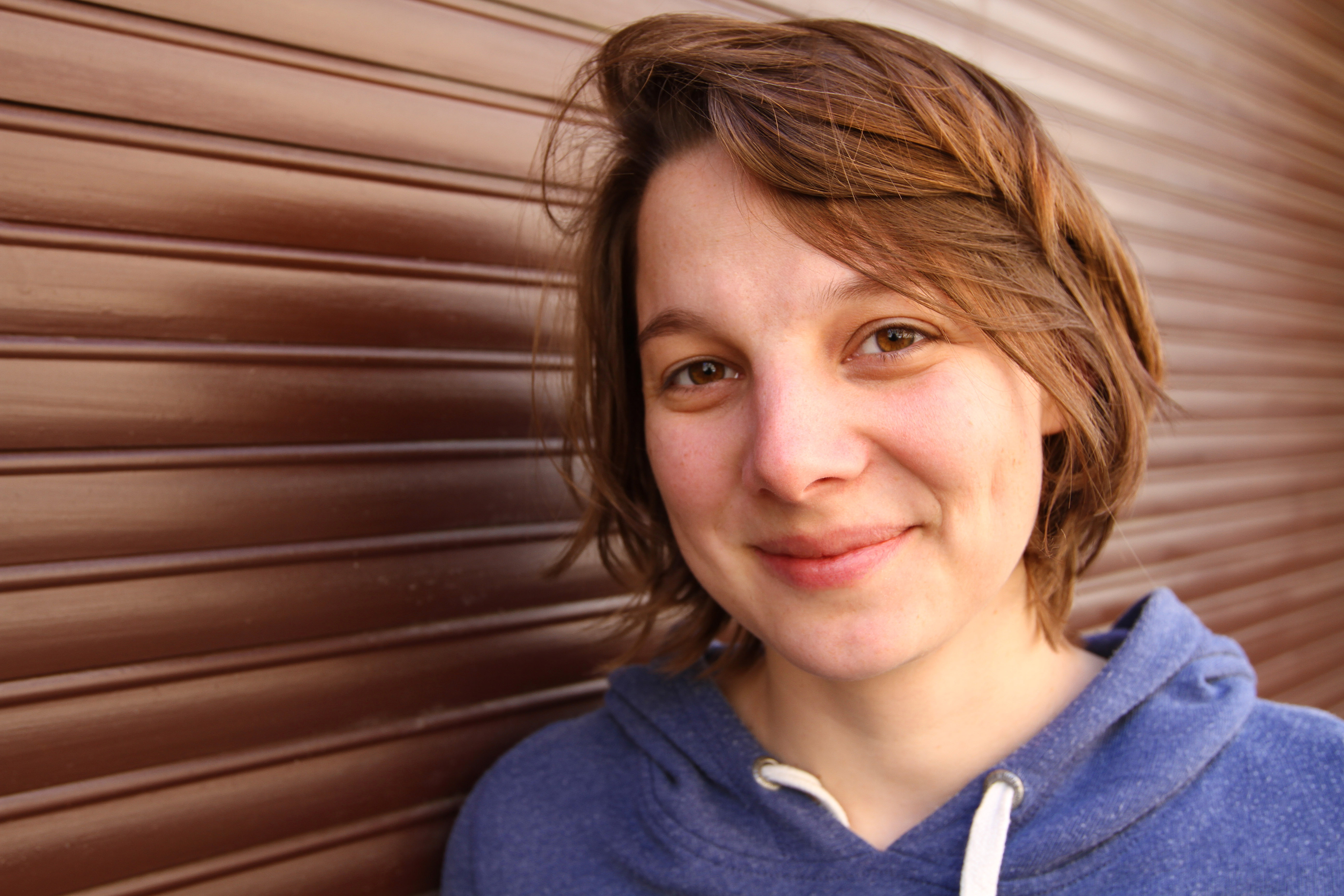 There are far more images available for the Good Evil GmbH, but these are the ones we felt would be most useful to you. If you have specific requests, please do contact us!

Our projects
Overview about our games https:.

presskit() by Rami Ismail (Vlambeer) - also thanks to these fine folks